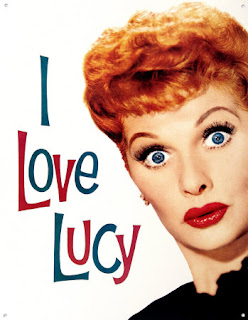 I was watching a movie on Lucille Ball the other night. Did you know that she was kicked out of acting school because they didn't think she had any ability? They even refunded her money in full!!   Lucy, a household word and the lead funny lady in many shows that kept generations of people laughing and still does, was told she had no acting ability!

Lucy never gave up. She kept going for her dreams and starred in quite a few movies, eventually becoming the first woman to run a major television studio.

Although she had raw talent, she did not fit into the Hollywood mold. She was a square peg in a round hole. A "movie star" was glamorous and showed great decorum, something that Lucy appeared to lack. Try as she may to fit in, it wasn't her and it showed. She could not sparkle when she wasn't being true to her nature.

Lucy needed a little tweaking, a little direction to be the woman that we all know and love. Among Lucy's great circle of Hollywood friends was Buster Keaton. Buster explained to Lucy that she wasn't just an actress, she was a clown and he worked with her to maximize her comedic gifts.  Because of Buster's mentoring, Lucy was able to realize her potential and soar in her abilities - not to mention she made an incredible amount of money.

I found three lessons that we can learn in the Lucy story.

One: Lucy had the ability to keep trying and not get discouraged by roadblocks. She did not stop acting when others told her that she had no ability, she persisted in following her passion. In fact, she took it further by using some of her setbacks and failures as fodder for her comedic acts. She poked fun of herself and it worked to make others laugh.

Two: She was willing to take the steps that she needed to become a star. Lucy didn't start out as a star, she took whatever job came her way in hopes that some day she would reach her goal. She endured pies in the face, nothing parts and low budget movies. But she kept marching toward her goal.

Three: She had a mentor that came beside her to give her direction and training. Without Buster, she never would have been able to define and hone in on her greatest distinguishing attribute - being a clown.

What are the roadblocks that are standing in your way from reaching your full potential?

Are you willing to do anything to reach that dream?

Do you have a mentor? Mentors can come in many forms through reading and education but a real flesh and blood person that has your best interest in mind is hard to beat. A mentor will take you to the next level in your gifting and open doors for you in places that you wouldn't be able to go on your own.

If you want something bad enough, don't let anything stop you. Go for your dreams and never give up! 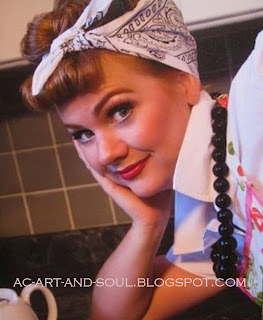 Email ThisBlogThis!Share to TwitterShare to FacebookShare to Pinterest
Labels: art and soul, I Love Lucy