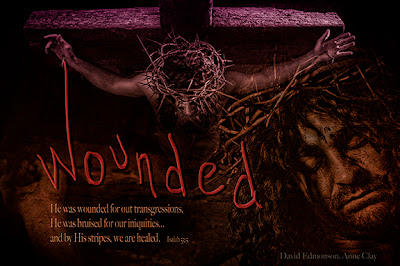 Today seems like the day to be silent. To cease from the hurried details of life and let the day be as it is.

Sometimes after the trauma of death, there is nothing more to do but sit and be silent. When your emotions have been wrenched and twisted, and your hope dashed to pieces; when there is no more fight in your bones and your heart is drained of all that was there... it's time to be still.

There is a stillness in grief that must be heeded. It's an act of surrender; a show of respect. Resignation has replaced purpose and it's time to sit in the presence of a still, quiet voice.

Be still and know that God IS. I AM THAT I AM.

Be still and know that God renews hope.

Be still and feel the peace; that someday, somehow, you will be alright.

Be still and know that God knows the pain you feel; He's been there too.

Be still and know that you and your loved ones are always safe in the hands of a loving God.

Be still and know that your heart will heal. 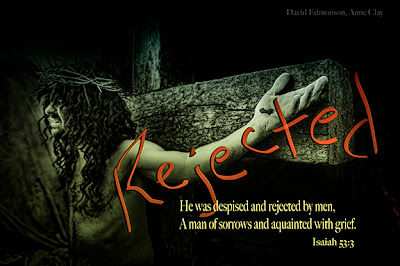 Surely He has borne our griefs and carried our sorrows;
yet we esteemed Him stricken, smitten by God and afflicted.

But He was wounded for our transgressions,
He was bruised for our iniquities,
The chastisement for our peace was upon Him,
And by His stripes we are healed.

All we like sheep have gone astray;
We have turned, everyone to his own way;
And the Lord has laid on Him the iniquity of us all.

Today, we are silent, as Jesus was silent. There is nothing more to say. We rest. We remain.

We trust in the will of the one who has paid the price and conquered death. 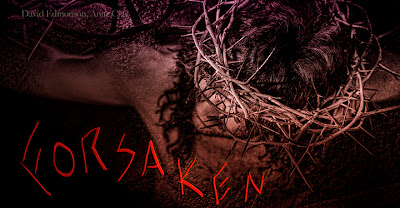 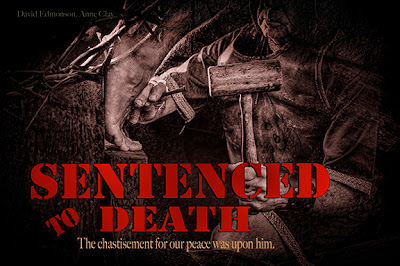 The above images were taken by a dear friend of mine, David Edmonson. He is not only fantastic wedding and portrait photographer, but he's a great person as well. David has "been through" this year, as we say in the inner city,  but his faith in God is steadfast and strong. He is committed to encouraging and pouring his life into others. He's a humble servant and greets everyone with a big smile and lots of love. He's my hero.

David sent me these images yesterday and asked me if I'd like to collaborate with him and do "my thing" to them, so when I viewed the pictures, I had to figure out what "my thing" was. This is what came out.  His images were stark and crisp and told the story of the crucifixion so eloquently. I felt that they needed a graphic touch to finish them off because they were good enough to be movie posters. I wanted something raw, ugly hand written because Christ's death was ugly, raw and gritty. It is about the ugliness of fallen humanity and sin transformed into a plan and purpose of God that destroyed that once and for all. In the image of the Roman soldier driving the nails through the feet I felt there need to be a boldness, in print for the verdict was determined before the beginning of time. An innocent man, a perfect God was to be condemned to death in order that we may live. Take some time to meditate on the truth in these words and images today. 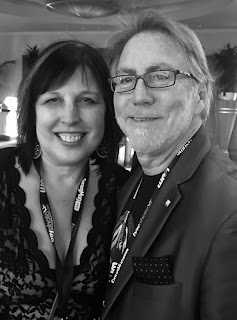