Behind every great man is a great Woman! 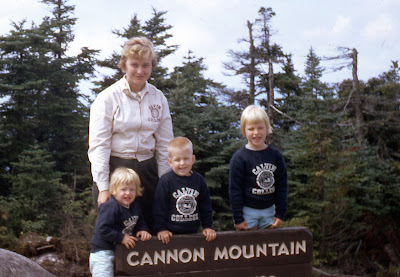 Over the past few weeks, I've spent a great amount of time eulogizing my father. And I'm sure that I will continue until I've said all that is in my heart to say.

However, there is still one left who I do not need to grieve yet (thank God!) My mother, the strong woman behind the man.

Dad could not have been in the community being the father to the fatherless if my mom wasn't home caring for us!

Dad wouldn't have been ministering to the kids on the streets if we were running around on those very streets. He would have saved the world but lost his own family - as so many "great" men do.

Mom was there to feed him on schedule so that he could run in, eat, lead family devotions, do the dishes and run out again to a meeting.

My mother took care of paying the bills and monitoring the money so that it could go to places. In a sense she multiplied the fish and the bread for I think she was able to provide us with more than the money that came in justified.

He could put himself 100 percent into his ministry because he knew she had things under control at home. He told me that on many occasions.

She was his sounding board and he was hers.

She was the stability in our home. She didn't invite strangers into the house. Dad did and we have one less camera to prove it! She set firm, strong, boundaries around her family to protect us.

She supported, trusted, respected and adored that man that I call my father. They were a team.

Even with all her duties at home, she still had her own place of ministry. She taught Sunday School, led numerous Bible studies, engaged in people's lives, held friendships, sang in the choir, met with other pastors and their wives, started an inner city school and volunteered there for years as the secretary using her vast abundance of organizational skills to keep it running. She shares the "Stan and Barb Vander Klay Day" in Paterson and is also a distinguished alumni of Calvin College and Whitinsville Christian school where she serves on the board. She has been involved in more committees than I will ever know. She too has made her mark on this world... all the while being a mom and friend to her children and grandchildren, who she loves so much.

Yes, my father is gone and with it mom is no longer lovingly referred to as "the warden". Her role in this world has changed somewhat. She's no longer a wife... but she's still a mother, grandmother and plays a crucial role in her community. She is still organizing her world. Still touching other's lives. Still making a difference.

I visit my mom daily. Not so much because she needs it - but I need it. Not to get anything from her. Just to be reminded that the world is still alright. Her home is still clean, her bills are still paid and she's still on top of all situations, even though her world has been dramatically altered.

She led devotions the other night at the school board meeting, and from what I hear, did a fantastic job. I don't think I could have gotten through it, especially when our own family was brought up as a prayer request. I would have been reduced to a puddle, but not mom, she is strong and her faith is secure in the one that both gives and takes lives.

My mother shines as her own bright star and I'm proud to be her daughter.

Today, tell those you love what they mean to you. Don't hold it off another day or until next time you see them... because.... You know.